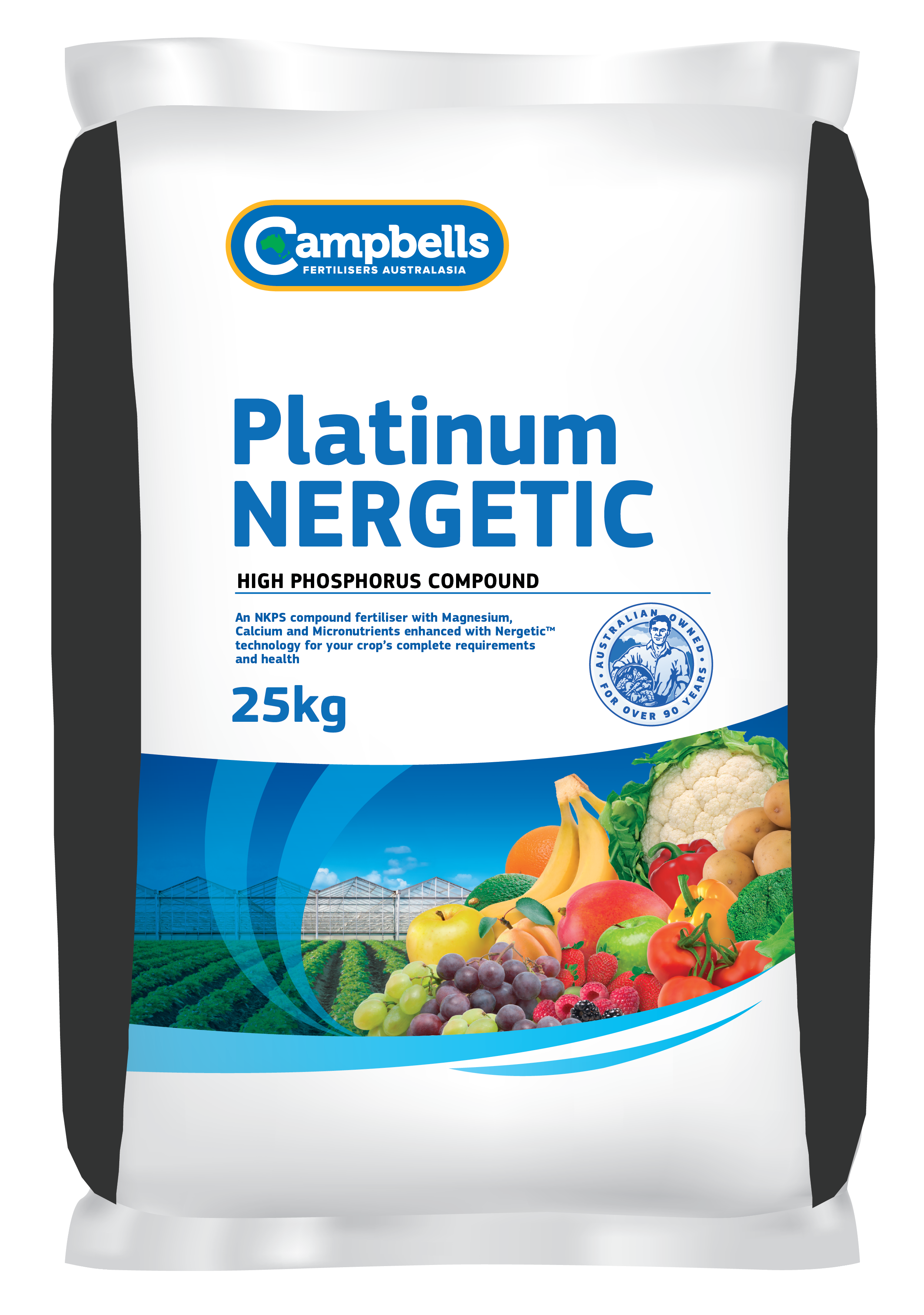 A dry spread application fertiliser that meets the complete nutritional requirements of vegetables, fruits, vines, flowers, turf and ornamentals. Platinum Nergetic is a new form of the popular Platinum Plus, which has been widely used in Australian horticulture for over 40 years.

Campbells Platinum Nergetic is a compound N, P, K, S with Calcium, Magnesium and trace elements, coated with a non-plastic biodegradable polymer that becomes a gel upon wetting. Nergetic gel technology encapsulates ALL the soluble nutrients in the compound granule, for a more gradual release. Even though all nutrients are protected, they remain available to plants, as roots have the ability to cross into the gel zone. The Nergetic coating regulates the release of nutrients over 5 weeks.

The specific ratio of nutrients in Platinum Nergetic is formulated to meet the complete nutritional needs of a vast range of horticultural crops.

Campbells Platinum Nergetic is ideal as a base or top dressing.  It is a non-dusting, free flowing product that can be applied as a band or broadcast or can be incorporated into the soil or growing medium prior to planting.

General rates for horticultural crops are between 150 to 600 kg/ha.  The actual rates, number of applications and their timing will vary considerably for different crops and for different districts. Before application, seek advice from your Campbell’s distributor or your local agronomist.